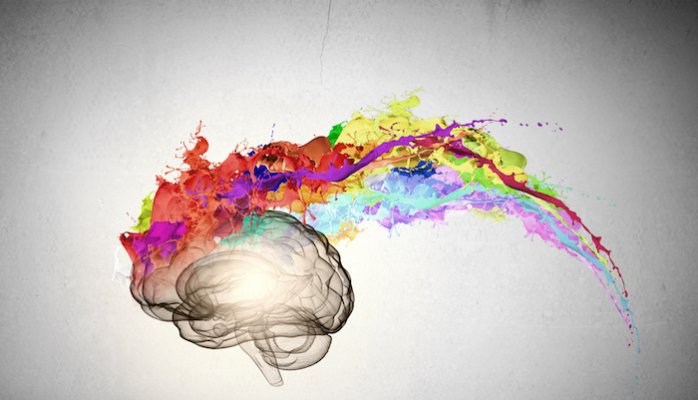 If we understand where our reality comes from, we can change the world. This is what would set humanity free to love and thrive, regardless of differences.

We are born without judgment, at the dawn of our ability to form ideas and images. Babies create their beliefs about the world mimicking what they see around them, and experimenting with their imaginations. If you’ve been around toddlers, you know they babble their way through fantastical stories and plans, and they innocently blur the lines between truth and lies because they aren’t concerned about the difference between one kind of thought and another. They turn blankets and chairs into ramparts and castles. They have imaginary friends and imaginary animals. They play with empty boxes and pots and pans for hours, inventing one “world” after another. They make up all kinds of realities and frolic in them, with no boundaries.

That is pure humanity: Limitless capacity to imagine, to dream, to experiment with the gift of thought and enjoy the amazing ability to create worlds that only we can see. But like so many other gifts of life, the power to think is invisible to us, just in the way the power that regulates our heartbeat, the power that organizes the interactions of our vital organs, the power that motivates our immune system to rush resources to a wound, the power that initially propelled us to be born, are invisible to us. The energy of life is and we are a part of it, and we take it for granted. So as we develop habits of thought, or start taking some ideas more seriously than others, or start using our thinking against ourselves, we have no idea where or how it all originated. We don’t consider that, from the very first thought, we’ve just been making things up and seeing them as real in our own separate worlds.

Thoughts look so real because of another power of that comes with being human: the ability we have to be conscious of our thoughts and bring our thinking to sensory life. Little children think of a boogey man, and they “see” him behind the curtain, or “hear” him shuffling around outside the door. There is no boogey man; but he feels really, really, real to the child who has brought him to mind. An adult begins to think a certain person, or a certain type of person, doesn’t like him, and so in the presence of that person, that thinking brings him negative, anxious or angry feelings. The other person or types of people may not even think about him at all, but that doesn’t penetrate the reality of a person caught in the midst of a storm of thoughts and feelings. A delusional person hallucinates a protective companion, and even though the rest of us cannot “see” it, he relates to it and finds comfort from it, and cares for it. An optimistic teacher thinks all students love learning, and as she works with students who have struggled, she awakens their curiosity and draws out their strengths. Although it never seems like we’re making our realities up; although they seem real, they are transitory figments of our imaginations at work, fleeting images that we create, and that we can hold or let go, images that give vibrancy to our life, but have no meaning except the meaning we give them.

As long as we have something in mind, it keeps seeming important and real. So, for example, for those of us who develop prejudicial thinking against certain others, every reminder of those others brings our habitual thoughts to mind, and we experience and re-experience our distrust, dislike, disgust, or disdain. It is so “normal” and “real” to us that we don’t remember “before,” before we ever had those thoughts, when everybody seemed equally interesting and worthy of our non-judgmental interaction.

Why is it critically important to consider all of this? It is the one and only realization that can set us free from accidental habitual thinking and entrenched realities that create hate in the world, harm to ourselves and others, or the inability to find common ground with others who “seem” different. It is because there is a common denominator for all human beings, every human being of every ethnic, religious, political, economic, social and situational variety. The common human denominator is this: Every single human being is born to create thoughts and bring those individual thoughts to life as their experienced reality. We all live in a continuous flow of our own thoughts. But our own thoughts look like reality to us, so it is easy to be deceived into reactions to those who do not see the same reality.

The universal “before” and “after” Aha! once this understanding comes to light, is the degree to which our own, or anyone’s, thinking should be taken seriously. As soon as people wake up to the shared experience of being the thinkers of their own thoughts, the creators of their own moment-to-moment realities, they see that we are all doing the same thing with different results. We’re making it up and seeing whatever we’ve made up as real, as long it’s on our mind. My reality is just as important to me as anyone else’s is to them — but none of them are the same and they are all transitory, depending on the thinker’s belief in his own thinking.

This recognition takes us back to the wonder and curiosity of our childhood — to the amazement that we can think anything, and so can anyone else, and that’s the whole joy of life, the creative power to think whatever we want to think, and hold it or let it go at will. The intriguing fact that we all do it differently sets us free from judgment. The comforting realization that we are all the same, all thinkers, all free to generate an infinity of thoughts, is the tie that binds us — not what we have thought, but that we think. Our shared human nature is deeper than any of our beliefs, yet it is what allows us to have beliefs.

I remember watching my grandson, as a three-year-old, playing with a friend. They had blocks and shapes assembled from the pieces of various toys, and they were each putting them together and then talking about what they had made. “It’s a city,” one would say. “No it’s not!” the other would declaim. It’s a school.” “OK. It’s a circus.” It didn’t matter. They would giggle at each thing “it” could be and then point out that “there are the streets,” “there is the playground” “there are the elephants.” It was all blocks and pieces to me, but I got tremendous enjoyment from watching their minds at play and seeing how readily they shifted from one reality to another, Their pleasure was in the shared experience of creating new realities, not in defending the old ones they had created. That is the default setting we come into life with that gives us the freedom to live at peace and appreciate our differences, rather than defending our own ideas to the death.

When life becomes about the pure, sheer joy of thinking and thriving and creating, the deep appreciation and love for each of us as perpetual generators of new ideas precludes hate and fear. We are entranced that one person’s circus is another person’s city, not determined that the damn thing is a school and anyone who doesn’t see it that way should be punished.

Enjoy this brief video from Sydney Banks, who introduced this idea into contemporary psychology.