Common Sense or Fear? Our choice. 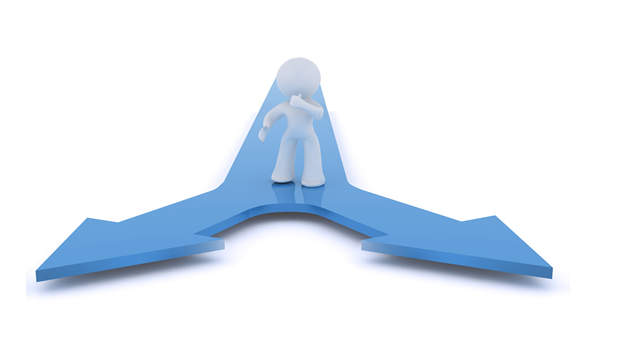 Common Sense or Fear? Our choice.

Every time we get new information, we have a choice what to make of it. That choice has nothing to do with the information. It has to do with whether we understand how we bring our own thinking to life as reality. We don’t choose the first thought that comes to mind. But every subsequent related thought and what we make of it is strictly up to us.

The more deeply we understand our own spiritual nature, that we are generating our life experience by bringing thoughts to mind and then taking them more or less seriously, the more easily we make common sense choices.

We don’t break our thinking down this way, but that’s how it works. We take in information and then we create our own thoughts about it. We do not act on the information; we act on our own thoughts about it. The direction our thoughts go has a lot to do with our knowledge of what is going on in our minds, and the depth of our own recognition that when the train of thought is leading to anxiety, self-doubt, fear or darkness, we can change direction. The types of thoughts that continue to come to mind are defined by the state of mind in which we are thinking. If we are calm and confident, we’ll continue to think of increasingly constructive things. If we are stressed and fearful, we’ll think of increasingly less constructive things. If we don’t like the feeling state our thinking is leading us through, we can change our our minds.

There is one and only one reason for thoughts of anxiety breeding thoughts of fear breeding thoughts of panic breeding hysteria. That reason is upsetting thoughts taken increasingly seriously. For those who understand that their rising levels of tension are being produced by their own thinking, not by events or circumstances, this doesn’t happen. They know they have a choice, and one choice is to pause, let the flow of negative thoughts pass and allow their minds to quiet. A whole different quality of thinking will arise from a calmer state of mind. Vivid examples of this choice arose in my life this past week.

First, I watched in astonishment as the U.S. whipped itself into a state of panic over the Ebola virus because one case occurred in a man from Liberia, where the virus is rampant, and infected at least two nurses in exactly the way we understand this virus spreads, through direct contact with bodily fluids of a sick person. There is a lot to learn about how we manage health care institutions and how we train health care providers from this case, but there is no reason to extrapolate that everyone in the US is now in imminent danger. But somehow, within days, response escalated into reaction, which escalated into over-reaction, which escalated into national blaming and widespread panic. The increasingly dire thinking about what could happen has spread like wildfire. It doesn’t matter how it started. It spread because people simply are not aware of what they are doing with their own thinking. The first fearful thought brings a little tension, and opens the door to increasingly fearful thoughts and more tension and the race is on. Once people have worked themselves into a frenzy of concern, all common sense is out the window. Unless we know that we have the power to turn it around, our thinking can run wild.

Second, I received the news that one of my dear friends, Dr. Jamie Shumway, had succumbed to ALS after six years of decline. Jamie was a colleague at West Virginia University School of Medicine. He really saw for himself the profound meaning and import of the message of hope I and my colleagues were working to impart: we create our own reality by using the gift of thought to enliven our consciousness of what we perceive as real. When I first met Jamie, he was an irrepressible outdoorsman. He white-water kayaked. He hiked. He fished, He snowshoed. He skied. He was in love with high energy activity. Some years later, he had heart surgery and he had to give up many of his strenuous undertakings. Did he mourn that loss? No, he decided to take piano lessons, and spent hours quietly practicing and coming to appreciate music. He even took part in a recital with a group of youngsters who were taking lessons from the same teacher! He got a huge kick out of that. Just as I was leaving WVU to move to Florida, he began having unexplained weakness in his legs. He served with great grace and wit as the moderator for the beautiful farewell party given for me and my colleague Dr. Bill Pettit, even as he leaned heavily on a podium because he had discovered that he couldn’t stand for very long without support. At that time, he was having neurological tests.

Then came the news, ALS. For the next several years, Jamie did every single thing he could do within his increasing limitations. He moved from a cane to a walker to a wheelchair, but he kept on  going to WVU sports events, going down to the dock to fish, attending parties and events. He continued to work as long as he possibly could. After he retired, he continued to teach, his huge smile quickly helping students forget his voice was strained and his movements very small as he negotiated his motorized wheelchair with the last of his strength. He spent his final months working with a collaborator to finish a book about his life. He died at home. All along the way, he never talked about what he couldn’t do; he reveled in what he still could do, and made the most of it. Even in his last years, many of us had lively conversations with him about the things he had always enjoyed talking about.

He could have spiraled into fearful thinking and regret and recrimination and anger. Certainly, some terminally ill patients facing a long, slow, irreversible decline do that. But he knew how to use his thinking to keep his bearings. He knew how to ignore fear. He knew how to live in the present moment in gratitude for what he had, without wasting precious time stewing about what he didn’t have. He put his energy into ordinary, common sense thinking about making the most of life.

Those who have followed their thinking into a state of agitation about Ebola are not wrong or bad. They are innocently unaware of the simple logic underlying life. We are making up our own interpretations of what is happening and living through them as though they were reality. Jamie knew and felt the power in that. It is a power we all have.