The Good. The Bad. The Ugly. 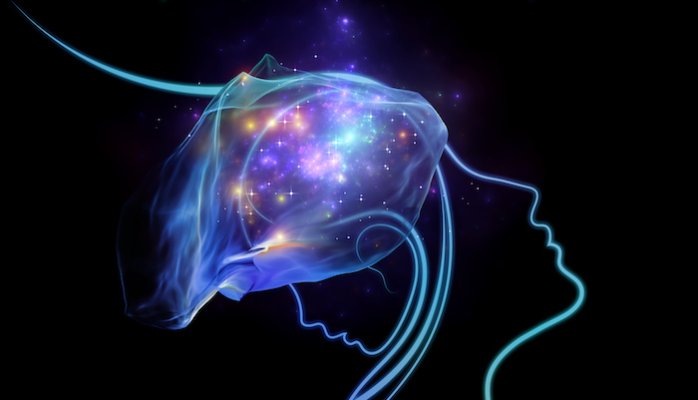 The Good. The Bad. The Ugly.

Many of the clients who come to me have been through a lot of therapy, and some are still seeing psychiatrists, primarily for prescription refills. As they pass through my door one by one, I feel increasingly compelled to cry out, heart and soul, for re-thinking our assumptions about mental illness and mental health, for embracing a whole new definition of mental health.

Here is just one example. A young woman I have seen intermittently over a few months has come a long way since we’ve been talking. Over years of struggle, she has been diagnosed with bipolar disease, schizophrenia, depression, anxiety disorder, social anxiety disorder, dissociative personality disorder, eating disorders, and ADHD. She has been in and out of mental institutions and assisted living facilities; she has been seen by psychiatrists and psychologists in several cities and one foreign country over her lifetime. At one time or another, she has taken just about every psychotropic medication out there.

Yet this young woman earned an advanced degree and licensure in a complex allied health field, has held jobs in that field, and reads voraciously. She is smart and well-informed. But she is on disability, and has been for several years, because she is persuaded that she is incurably mentally ill and cannot function on her own. Even so, she shares an apartment with a room-mate, she volunteers through her church, she has friends with whom she socializes, and she is, in her words, “trying to be the best person I can be despite my limitations.”

Why does she believe these things? Because, since childhood, during which she was bullied at home and at school, she has been told that she is a bad person, ugly, that she doesn’t fit in, that no one likes her, that she’ll never amount to anything. Sadly, those beliefs have been reaffirmed by a mental “health” system that, in my opinion, has utterly and completely failed her by providing no more than a series of labels that have reinforced her fear and insecurity, and never once, not even once, pointed to the strength and resilience behind remarkable achievements she has made in life. And she believes those things because she has no idea that she is creating her own experience via her power to think and see her thinking as real. She doesn’t understand that she can change her life with that power, regardless of what anyone else says.

When she told me her story, my first question to her was, “How do you think you got through college and graduate school and got licensure for your profession?” Her first answer was: “I think they felt sorry for me and just passed me through.” As a person who has been through graduate school and has taught graduate students, I found that incredible. No one gets “passed through” graduate school on sympathy. Maybe that happens in elementary school, and even through middle school, but colleges and graduate schools give people the grades they earn, and if they can’t pass, they don’t graduate.There are no social promotions or sympathy passes in higher education. She attended good schools and she earned her grades and her degrees and passed the exam for licensure — yet she is so sure she’s not worthy that she doesn’t believe she really did all that for herself. When she started work in her field, she soon got freaked out by her fear of failure. She did not fail. She was frozen by fear and quit, as she explained, “before they could figure out how bad I was”. Shortly after, she was hospitalized for depression and suicidal ideation. She has been on a downhill slide since then.

In the four times I have seen this woman, I have explained to her that there are no damaged people; that we are born to survive and part of that survival is psychological resilience, innate health, that is always available to us. I explained how thought works, how easy it is to take on negative thinking about anything, including ourselves, and how when we dwell on that thinking, we experience it as our reality.

I asked her to take some time and quietly reflect back on her university experience, and what kept her going. On reflection, she realized she was away from her family and her home town; no one cared that she was introverted; she loved classes and the library; she wasn’t bullied or abused by anyone; she had a few good friends for the first time in her life; her professors were pleased with her work and interacted wth her respectfully… In other words, she was experiencing life as a person free from a lot of negative thinking about herself, fully engaged in something she loved, in a neutral environment in which quiet, hard-working students are not mocked. So, with a free and clear mind, with a feeling of enthusiasm about what was possible, and with her thinking focused on learning and doing well — not on her limitations — she succeeded.

After she described that, she said, “So, I wasn’t crazy during school, then? Just before and after?”

“Honestly,” she said, “I don’t know. I guess it means all these labels and drugs and treatments and hospitalizations, and restrictions.”

I asked again, “What does ‘crazy’ mean to you as a person, never mind the system you’ve been in?”

After a long silence, tears came to her eyes. “I guess it means that I am sure there’s something broken in me because all my life people have been telling me there is. Most of the time, I just feel bad about myself. I don’t understand why I haven’t done anything with my life. I am sad about turning into a crazy failure instead of reaching my dreams. There’s something wrong with me and I can’t see how to fix it. The drugs just hold it at bay.”

“What if I told you there was fundamentally nothing wrong with you?” I asked. “I’m certain of that. You have mental well-being; you can obscure it with a lot of negative thinking, and you can ignore it and lose sight of it, but it is born into you and you can’t kill it. When you look for it, it is always there. Nobody is special; it is part of all of humanity, true for all of us.”

“I guess I might wonder what was wrong with you that you couldn’t see I’m crazy,” she said. Then she quickly added, “But it thrills me, deep down, to hear that I’m not crazy from someone who is a professional. No one has ever told me that before. When you said it, I got a feeling that it could be true.”

Recently, she went back for a med check and told her doctor she was doing much better, though she was sleeping a lot, and she asked if her dosage of psychotropic medicine could be reduced. The doctor told her, “You’re pushing yourself too hard. You’re mentally ill. You need to stay on your meds, as prescribed.”

She was devastated. She came to see me shortly afterwards. “You were wrong, I guess,” she said. “The doctor told me I was mentally ill and I had to accept that. She even suggested again that I would be better off in assisted living, where I would get more help. I don’t know why she keeps saying that. I don’t want more help. She wouldn’t change my dosage.”

I spent the hour with her talking about the difference between recognizing our own wisdom and common sense, vs. just believing what we’re told, even though it feels “off” to us. I talked about the strength of the human spirit, and the source of our capacity as human beings to come to peace and think for ourselves, and distinguish between wise ideas and insecure thoughts.

I explained that “good”, “bad” and “ugly” are just words we use to judge ourselves and others. Just thoughts that come to mind, carry a feeling wth them, and seduce us. When we understand the nature of thought and our own use of it, we can’t deceive ourselves. We can’t suffer from the after-effects of our own unlimited imagination once we know where ideas originate.

At the end, although she had brightened considerably, she said, sadly, “This makes a lot of sense to me, and I always leave here feeling better and more hopeful. But I still have to go back to the doctor because I’ll lose my disability and I’ll end up homeless if I don’t report in and stay on my meds.”

“I hate being a dependent,” she said. “I’m starting to feel like I’m OK. But you’re the only one who believes in me. So I feel like I’m imprisoned by my diagnoses and I just don’t know how to break out.”

I am confident that if she keeps looking, and really experiences the power of her own wisdom and the creativity we all have as human beings to find our way regardless of circumstances, she will see her way to break out. Still, I cannot fathom a “health” system to which true health is totally invisible.

It is time for the mental health system to wake up to the unleashed power of the human spirit, and set these people free. Point to their health. Point to the natural resilience that allowed them to survive and thrive in the midst of chaos. Point to the power they have to change themselves, the power to think! To think again! To think for themselves! To think of anything!

It’s so simple, so simple, so simple. For 30+ years, across continents, in all walks of life, I have seen human beings awaken to their innate mental well-being and shed their past like a dry old skin and emerge, glistening, to a new life of hope and happiness. They had it in them from the day they were born. They were talked out of it by a culture that, innocently, believes that some people are damaged goods.

Look at the evidence, the light in people’s eyes. Look within. Look again.