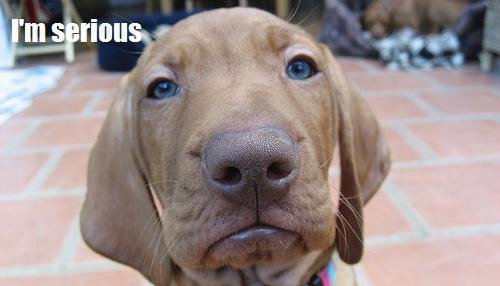 Avoid being afflicted with Seriousness. It’s debilitating. It brings people down. It hurts. It takes all the fun out of life as long as you have it. It can linger a long time. It can lead to health complications. It’s much worse than the flu.

I talked to a client recently who clearly manifested that he had suffered from Seriousness for more than 40 years. He had the medical and life history to prove it. He cried a lot in the beginning of our session. His story included abusive parents, painful childhood, two abusive marriages; abusive girlfriends; abusive children; violence; deceitful friends — nothing and nobody good. He had just had another in a long history of surgeries and was finding recovery slow and painful. He couldn’t remember ever being happy or carefree. He had been in therapy for 30 of the last 40 years with all kinds of practitioners. But he had never talked to anyone who was a Mental Health mentor before. And he could offer no definition at all of mental health. Asked about it, he gave a definition that involved being marginally functional and able to survive despite mental illnesses. An example of mental health he came up with was being able to get to a doctor’s appointment while having a panic attack, even though the person who had promised to drive him let him down and he had to drive himself.

He didn’t know why he even asked to talk to me because, honestly, no one has ever been able to help. He had also done all sorts of New Age searching and tried all kinds of non-traditional activities. None of that had helped. He was sure he was born to be miserable. So he didn’t want me to feel bad if I couldn’t help him either.  Several counselors in his past had refused to see him for follow-up after a couple of sessions; he figured I would do that, too, and he was already mentally prepared to be rejected again. He had no hope and no expectations that anything could or would change.

“Given all that, why haven’t you just killed yourself?” I asked. “What’s the point of going on?”

That slowed his whiny train of thought. “What kind of damn question is that?” he demanded. “Why would I do that?”

“I don’t know,” I said. “I just haven’t heard you mention any reason to go on living yet, so I thought I’d ask.”

“Of course I have reasons to go on living!” he snorted.

And here’s how it went from there:

Client: What are what?

Me: What are your reasons to go on living?”

Client: Well, you must know some. I can’t think of them right now.”

Me: Do you have any idea why you can’t think of them?

Me: Do you want to know?

Client: Why? Do you know? How would you know that?

Let me stop here. The reason I’m telling this story is to illustrate that people can’t hear anything new when their minds are racing around the same old track. There’s no point talking to a suffering person about feeling better until they have at least a tiny inclination that they might want to hear you. It took me a long time to learn that. I used to think that just being in a good feeling and talking spiritual truth would lead our clients to change. But after a while, it dawned on me that the most unhappy clients who were mired in misery weren’t even remotely aware of how I was or what I was saying.  I might as well have been a lamp in the room. They were just thinking, thinking, thinking of all their problems without a moment’s interruption. So what I’ve learned is, even if it takes most of a session, there’s no use trying to explain to people that you can help them until they get curious enough to pay attention to something other than their insecure thoughts.

This is the crucial thing people who work from the Three Principles  know: People can’t be thinking a hundred miles an hour about the negative stuff they’ve always thought about and listen at the same time. But the secret to lightening up is that they are only one thought away — a millisecond away — from thinking differently. We can’t launch right into sharing new ideas until someone becomes curious enough to slow down and wonder. As soon as they do, things can change really quickly because the steady voice of their own wisdom breaks right through the din.

There’s no technique to that. I’m a former newspaper reporter, so I tend naturally to ask questions to get to the deeper point. Other people have other ways of going about it. The way is not the issue. No matter the intervention, it comes to us from wisdom in the moment, with the client, while we are neutrally listening to them. We need to keep listening until we get an insight about where to go with them. This is not burdensome because we don’t take their sad stories seriously and we know that the person is perfectly mentally healthy and has just lost sight of it. They can’t turn in a new direction until they notice that fork in the road. So until they stop high-speed thinking the way they’ve always thought in the direction they’ve always gone, our purpose is to care about them, “see” the health in them, listen to them, and know that the right intervention will come to mind.

The humbling part is that we are all very different and if you put the same client in the room with 50 different 3 Principles practitioners, the conversation would go 50 different ways. The common thread would be that the practitioner listened and had the faith to keep listening  until his/her own wisdom revealed a direction.  Anything we do and say from wisdom will work out. And once clients are turning towards their own health, instead of reviewing the history of their distress and their problems, they will start to change, and all we have to do is foster, nurture, and encourage that change.

The most fascinating part, to me, is that almost always, I am inspired to do something that causes the client to lighten up, that breaks the chain of Seriousness.  Wisdom takes us towards lightheartedness. Thinking back over years and years of working with people, I realize that the best moments came when the client could laugh at something they had cried over only moments ago.

In the case of the client story I mentioned here, by the end of that first session, the client was laughing at the fact that he was supposed to keep his feet propped up when he sat down and had totally forgotten, and he could still stand up.

“Look at that!” he said, when he stood up at the end of our meeting.  “I just stood up without my cane, and I hadn’t even propped my feet up while we were meeting. I must be getting better. Or something.” Then he laughed, “I suppose you would tell me it’s because I’m not thinking about how sick I am right now.”

Yup. That would  be a great reason to go on living. Imagine all the things you can think about that you’ve never thought about before!