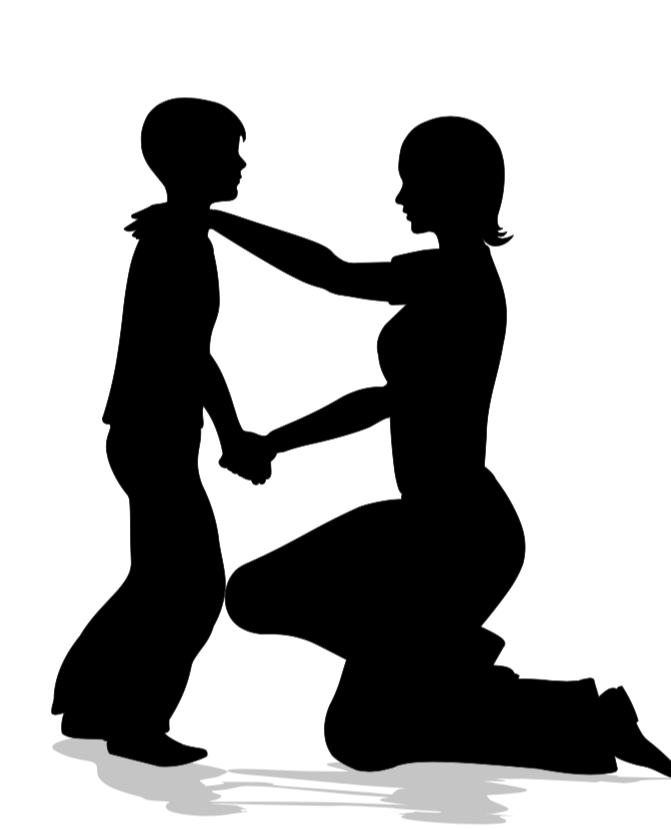 Across the world, it often seems Civility has gone to sleep. Angry, even vengeful, Clamor seems to be the dominant voice.

What we hear a lot of now is loud and forceful and menacing. It appears powerful as it happens. But it is not natural to humanity. And it represents only the power of thought when it flows through insecurity. The power itself is neutral; how we are using it determines how it manifests. The same power flowing through love is even more stirring.

As I listen to what too often passes as public discourse, I think of my how my daughter handled things when my grandson was very young and prone to temperamental outbursts if he didn’t get his way. When he started crying or yelling, she would get down on the floor on his level, and say quietly, “Eyes on Mommy, please. Eyes on Mommy.” She would hold his little hands and he would look at her. Then she would whisper. He had to stop yelling or crying to hear her, and magically, he did, because she spoke in a kind and loving voice. But she spoke the truth. She didn’t offer false comfort; she didn’t try to dissuade him from acting out by giving in to some or all of his demands; she didn’t justify – or criticize – his outburst. She just talked about what she was sure he knew was right, looking into his eyes, holding his hands and speaking from her heart. And almost always, he calmed down and ended up in a hug saying, “I’m sorry, Mommy,” and all was fine.

If he had trouble calming down, she would walk him to the time-out chair and give him a chance to pull himself together. She always told him she knew he would be fine, and she loved him very much, and sometimes we all need a few quiet moments just to let our thoughts settle down. She never set the time; she would say, “You can get up when you feel calm and ready to go on with your day.” She never raised a hand to him; she never raised her voice; she never expressed anger or disappointment, she never punished him.

My daughter did not learn that from me, I am sorry to say. I learned it for myself when she was already a teenager. She learned it from her own wisdom, the common wisdom we all access when we look to quiet down ourselves. At that point, we realize that we are all the same. The Golden Rule comes naturally to mind; no one likes being yelled at, or minimized, or mocked, or offended personally. No one. At any age. At any time. For any reason. When we see ourselves in others; when we feel the common bond of our humanity, we naturally treat each other as we would want to be treated ourselves.

Knowing that, the chasm between childhood and adulthood is bridged with the realization that children’s minds work the same way ours do; they just have different things to think about and they don’t yet realize how everything works. But their thoughts are creating their reality, just as ours are, and their reality changes with a change of thought, just like ours do, and an entirely new thought can come to mind at any moment. Knowing that, the chasm between any people or peoples is bridged; we all think differently, see the world differently, move in and out of different states of mind. When anyone is upset or off-balance, for any reason, the answer is never to feed the upset. The answer is always to speak to the quiet beneath it, the neutral power flowing through all of life, that constantly generates a fresh start, a new idea, an insight, a chance to see things differently.

I remember one time my Grandson asked me what insecurity was. He was about 8 at the time. Even at that age, his passion was art, so I offered him an art metaphor as an answer. “You know how sometimes you start a drawing and it’s not turning out on paper the way you saw it in your mind, and you feel frustrated. And depending on what you do with that frustration, you either take your pen or crayon and just scribble all over it and destroy it — or you put it aside, and clear your head, and then come back to it later and see a way to fix it? Feeling frustrated is insecurity. Scribbling is acting on that insecurity. Walking away and then coming back later is knowing that insecurity is a ‘warning feeling’ that lets you know you’re not at your best, but you always have a choice which direction to go with it. You can always quiet down and think again.”

He asked me how you make that choice. I said, “Remember Dr. Kitty?” Dr. Kitty was a stray that starting hanging around on my porch. He was a beautiful cat, but scrawny and obviously neglected. My Grandson and I tried to befriend him. We put food out for him, and water, and a little blanket for him to snuggle on. He took advantage of all of that, but he wouldn’t let us near him. If we tried to pet him, he hissed and snarled and lashed out with his sharp claws. We tried for a couple of weeks, but it was pointless. We finally had to call animal control because we couldn’t capture him, and he was not a safe cat to have wandering around a neighborhood with a lot of children.

I told my Grandson, “Dr. Kitty could not see that he was not threatened. He had been insecure for so long that he didn’t know he could change, and his life could change. We couldn’t explain it to him, even though we tried to show him kindness. He didn’t see it for himself, so he stayed locked in his fear and insecurity and lashed out at anyone that moved close to him. “We knew what the choice was and how easy it could be for him to make it, just by calming down and feeling better. Every time he lashed out, we could make the choice to remain secure and keep trying with him. But he didn’t know about choice, so he never made that choice.”

“So I can do it just because I know I can?” he asked. “Yup,” I said. “It’s up to you. Sometimes we get so emotional so quickly we get more insecure before we ‘wake up’ to what we’re doing, but we always have the inner wisdom to make a different choice of where to go with our thinking.”

“I wish we had known how to speak cat language to explain that to Dr. Kitty,” he said, wistfully.

And I wish, too, with all my heart, that we could explain that to the world right now. I wish there were more of us with the willingness to whisper as others scream, to love in the face of anger and contempt, to speak to the deeper health of even the most insecure among us, to recognize that the common bonds we share are stronger than the transitory feelings that pull us apart.

But I know it’s not the language we speak or the words we say that matter. It’s the deep feeling behind the words; the certainty of our spiritual nature; the pure, uncontaminated power that is ours to use to create our experience in this life, always flowing, available for us to decide whether to use it to wreak dark havoc or create light and warmth.

Civility is not asleep. For a lot of people, just like Dr. Kitty, awareness that it is a choice each of us can make at any time is asleep. Temporarily.

“The wisdom humanity seeks lies within the consciousness of all human beings, trapped and held prisoner by their own personal minds.”
Sydney Banks, The Missing Link