I still chuckle when I think of the old joke about the teacher who asked her class to name the three greatest inventions of mankind. They named the wheel, the combustion engine, and then a young boy called out, “The Thermos!”

The teacher was taken aback. “The Thermos? Why?” 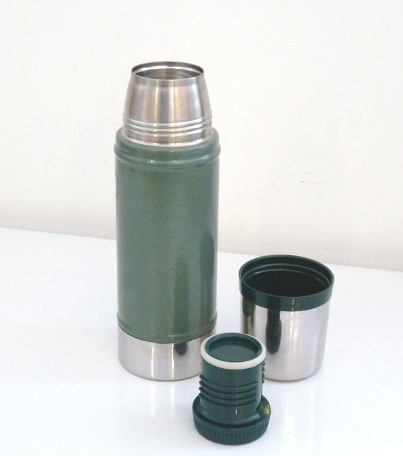 In the random way thinking works, I thought of that joke during one of the times George Pransky was speaking at the recent 3PGC Conference in St. Paul, Minnesota, describing how he somehow helped people after he first came to see the Principles of Mind, Consciousness and Thought, and before he really had any idea how he was going to share that new understanding with clients. He’s often told his friends, “About the best I could do was tell people, ‘When you’re hot you’re hot, and when you’re not you’re not!’ And the funny thing is, that helped people.”

Really, it makes sense that it would help people because the truth is alive within everyone, sometimes obscured but always there, and all it takes to help people is to resonate with it. People “get” simple ideas that are just plain true. Just like the thermos, we KNOW hot from cold, one from the other.

Here’s another example: About 20 years, ago, my late colleague Roger Mills and I discovered we were both working in New York at the same time. We had dinner one night and made a spur of the moment decision to just get a place and bring the two groups we were working with together for a couple of days and hold a retreat. Roger was working with residents from a housing project in Brooklyn. I was working with corporate executives. We were able to get a nice space at Fordham University, and on a sunny Saturday, we welcomed our very diverse audience. When everyone got into the room together, there was, at first, a little tension, each group eyeing the other with a bit of suspicion. But Roger and I soldiered on.

Towards the end of the first morning, we were beginning to feel we weren’t getting anywhere and we were starting to get into our heads over it. We gave each other the signal it was time to take a break. Just as we did that, one of the ladies from Brooklyn stood up and strode to the front of the room. “Dr. Mills,” she said, “sit down! Miss Judy, you sit down, too! I want to say something.” Surprised, we both sat down.

She stood at the front of the room quietly for a few seconds and then she said, “Don’t be thinking so much. The fact is, sometimes you’re in your right mind (she took a couple of strides to the right and stopped to look at everyone), and sometimes you’re not (she took several strides to the left, and stopped to look at everyone. Then she moved over to the right again and planted her feet and said, “THIS is better!”

Everyone laughed, but everyone saw the simple truth of it, too. Common sense makes sense. Wisdom doesn’t need a lot of window dressing. The group warmed up and started interacting and  the retreat went very well.

The fact is, we all know the same truth, deep down. Those who are lucky enough to have seen it clearly enough to talk about it feel compelled to try to share it because, once you see it, life is so, so, so much easier and more joyful. Your just get filled with hope that, if only everyone saw it clearly, everyone could find that for themselves. But sharing it doesn’t mean putting it INto other people; they already have it. It’s innate. It just means awakening their own wisdom so they see what they have — and then they want to share it, too. And on it goes.

Who knows? We ALL know. Everyone knows. It’s just a matter of seeing what we know.